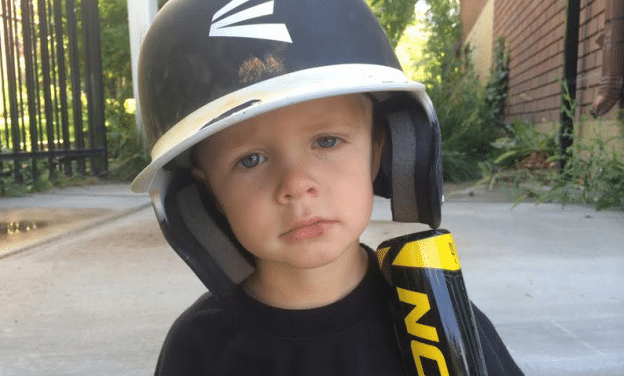 I was driving my son and one of his teammates heading to our first baseball playoff game of the season the other night. I had John Fogerty’s Centerfield playing softly in the background as we drove the car down the road to the little field – the one where they “actually have a real dugout dad”.

In amongst Fogerty’s song with its ‘say it ain’t so’s, ‘say hey Willie’s, and ‘the Mudville Nine’s’I could overhear my son describing this afternoon of playing California kickball with his class of grade 5 & 6 boys and girls.

The older teacher had chosen kickball because I suspect that kicking a big rubber ball was a much easier skill than swinging a bat. I can imagine that she did it to level the playing field knowing that some of the grade 6 boys – hopefully not my son, but ‘sigh’ – would use the moment to display their baseball prowess and drift a 50 hour fastball past some younger classmate’s nose. I can imagine her heart was in the right place, but her need to control the dynamics of participation saw her extend it far beyond what made sense.

As my son recounts a dispirited group of kids headed out to the diamond to once again play Ms. Smith (a pseudonym of course, because every school has a Ms. Smith) version of California kickball. Only this time they started to figure out how to beat the system and parody the entire situation.

You see, in an attempt to foster fairness and equal participation, Ms. Smith declared that the game could have “no outs”. Yes, no one could be put out!

As the kids – especially the baseball kids – got confused and started asking how you could play a game with ‘no outs’, she would respond in a rather sardonic manner with this Pavlovian response.

“Geez, this isn’t the 7th game of the World Series you know.”

Now – she could have put in a rule where 3-outs does not end the inning – just to ensure everyone got a chance to get up to bat – er, kick. But nope, she took the ‘outs’ out of baseball. ‘Say it ain’t so, Joe’!

To understand the implications of what happens when you take the ‘outs’ out of baseball just listen to how some of the six graders responded – at least according to my son’s recounting of the incident to his teammate.

“Hunter kicked the ball… and just walked to first base. When Ms. Smith shouted at him to run he responded with ‘why bother, there are no outs!”

“Then Dylan stood in the outfield and when a ball got kicked his way he just watched it fly by and stood there. She screamed at Dylan and he said back to her ‘there are no outs and they can only get to one base’.”

Yes – I forgot. She added another rule. And that was that the children could only take one base on each kick.

“And when on one play the catcher forgot – he got the ball and tagged the runner coming in from third – she yelled at him – and he just went and sat down. A bunch of the kids just decided to quit and sit down and that made her even madder. And she just kept on saying ‘This isn’t the 7th game of the World Series’.

I can’t tell you how difficult it was to not break out into a fully belly-laugh as I pictured this teacher losing her mind trying to control her class, and the antics all because her bizarre rule-making and her fundamental misunderstanding of the dynamics of the game of baseball – er, kickball. I thought of parallels to other sports.

“Alright gang. We are going to have the tip-off at Center court”

“But where are the basketball hoops?”

‘What’s the matter with you? It’s not like this is the 7th game of the NBA championship”

‘He is setting up for a thirty five yard field goal, Chet. The holder is down and waiting for the snap – and… and… wait a minute… it appears that they are missing the goalposts. Oh… but look, look… it looks like the referee is telling him to kick it anyway!’

In order for a game to work, the rules and dynamics of the game have to at least have some piece of competition, or have two groups trying to accomplish their own goals more quickly than the other. Otherwise it’s like a never-ending tennis match of trading points.

The kids understood this naturally. But the person leading the group was so intent on her own vision that she just couldn’t see what was happening. And even worse, she wasn’t listening to the common sense of the kids she was leading – not worried about their enjoyment but rather wanting them to ‘do what they are told’.

To be quite frank, I was rather amazed by these kids and their courage and willingness to take on silly autocratic behavior. They should be taught to challenge the assumptions of those telling them to do things that just don’t make sense. And in an amusing way they did it with the attitude, ‘okay, we will show you just how stupid this all is’.

Controlling behavior by leaders is sometimes appropriate – typically when there is some overarching or existential issue at hand – Shackleton’s crew in a rowboat in Antarctica for instance. But when a leader tries to control things solely for the sake of asserting authority, making up so many rules and regulations that it breaks the very spirit of the team – then it is not leadership. It’s more like the meanderings of a control freak, and it can wreak havoc. In a business context it can lead to uncontrolled customer and employee churn.

Every day that I come into our trucking software company offices I am enthused that others are coming in because I know that they want to be here. I know that they feel that they are ‘part of the game’. I am happy that they are willing participants, beyond just the dollars and cents they get on their paychecks. I know this because they all have a choice. They are all very talented, intelligent folks and they can find other work.

And they can very easily stand in centerfield and watch the balls fly by, or they could simply walk down to first base. But no one – I mean not one single person does this in our company. It is why I appreciate their contribution so much. Yes, we have debates and we sometimes tangle over matters of the head – and that has to happen as it helps us improve and grow stronger. But I never ever question the heart of my team. And if I do then it’s likely the last conversation that we are having.

For me, I’d rather show them the field, tell them what we are trying to accomplish, share some details on our strategy and structure and get them in the right positions so that they can make the necessary plays on the field.

And when they are riding to work in the morning I hope they are coming in excited about the day ahead and singing just like Fogerty,

‘Put me in coach, I’m ready to play… today

Put me in coach, I’m ready to play… today

Look at me, I can be… Centerfield…’