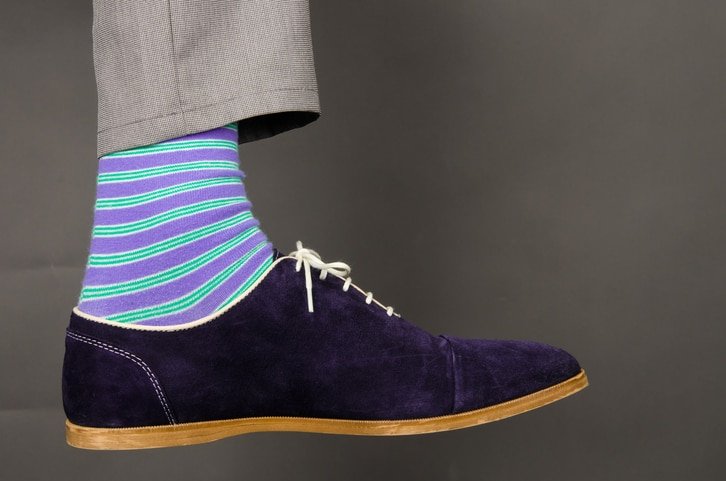 There is a great commercial on radio these days.

You remember radio don’t you?

It’s that thing that came of age during the Great Depression with those fireside chats with FDR.  It hit its nadir when Les Nessman of WKRP in Cincinnati did the remote Thanksgiving promotion, reporting that live turkeys were being dropped out of a plane, smashing to the ground (“Oh, the humanity!”).

The radio commercial I’m talking about is for a local job posting site makes the case that it alone can help you find some really great employees.

But it’s the tagline that gets me laughing.

‘And for all those other employees that aren’t so great– well, let’s just call them Dave…’

Love it. Have a little brother named Dave. I think everyone born in the 60’s and 70’s has a Dave in their family. Now in the 2010’s everyone has an Aiden.

But at Tailwind Transportation Software we are lucky because we have a Brad.

Not a Bradley (his mom only!)

Not a Bradford (too pretentious!)

But our Brad isn’t any old Brad. He is actually Brad ‘the Groovy Socks’ Marketer.

He has one the best sock collections in the Lower Mainland. And that’s quite a feat!

He must have a subscription to ‘Sock it to me’  because he is constantly coming in to the office with some fanciful new set of socks. We all wonder if he has sock hangers – perhaps a sock closet – where the he hangs them all – going  nuts when his 2-year old and 4-year old boys go in to play with all the wild colors.

But, you see, today is the last day Brad will spend resident here in our head office – located as we are in a suburb of Vancouver, BC, Canada.

You see, he and his lovely wife already have two boys, AND decided that it would be a great time to have twins too. So, with two busy boys and twins on the way, they have been granted refugee status from Vancouver’s Lower Mainland (where the housing costs are just north of Stupidsville)

They are scheduled to flee to the interior of British Columbia – the land of semi-arid desert, wonderful lakes, fruit orchards, vineyards, and a  more affordable lifestyle. The mortgage is going down so that they can accommodate the bigger diaper budget!

We sort of like our Brad, so have figured out a way for him to work remotely.

He and I have been working on how we are going to do this.

I have been sending him practice video clips, like this one, in the hopes that he will figure it out. 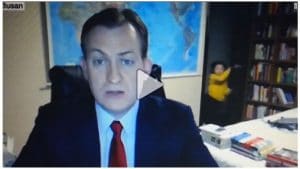 (I have been coaching him not to be such a ‘stiff upper lip’, like this guy, who is far too serious about his CNN debut as an expert on North Korea. We hope Brad will put his kids on his lap and let them pound the Delete key until his weekly marketing report looks like an ‘etch-a-sketch’ puzzle)

But as they head out of the Lower Mainland, up the Coquihalla highway, in their covered MDX wagon, we will miss his presence in the office.

He is a genuine sort of marketer, bred of Russian ancestry, with the ability to move a marketing program forward like one of Stalin’s 5-year plans. Under his tenure we have grown our marketing capability significantly.

He is able to assemble all of the resources and people to produce the content, and deliver marketing campaigns, and webinars for all of our key stakeholders. He is even able to rein in his boss, who on occasion produces some of the stupidest blog content – rambling, incoherent missives on socks, or Russian choir conductors.

I am still waiting for the

‘This Blog has been posted under protest’

But over the last 2-plus years that Brad has been in the head office of our little transportation management software company we have grown accustomed to having him here.

Oh, he will still be involved in the business. He will still be Brad, our ‘Groovy Socks Marketer’, but it will be different now. He will be working remotely and we will see him on screen with his 4-kids hitting each other over the head with inflatable bats behind him.

But we wish him, and his wife Sarah, all the success with their new adventure.

He will be tiptoeing out of the office, leaving behind his nice new pair of light blue Sketchers, later today.