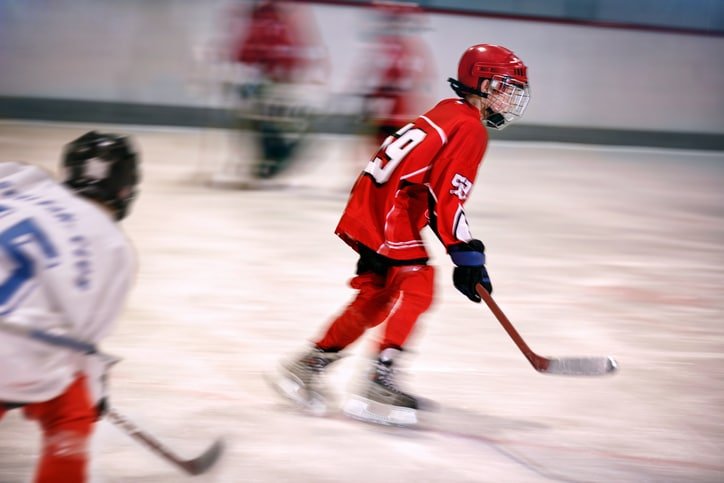 They left the dressing room walking 3-feet off the ground.

We had just won the second hockey game of the day by a score of 7-1.

It came after they had won a game earlier that morning 8-0.

The Golden Bears, my group of peewee hockey players, aged 11 and 12, had just won their 4th and 5th games in a row and were now believing in themselves and in one another more than they had at any time in the season. The fact that they were cresting now, in the round-robin playoff, meant that they had their timing down perfectly – setting themselves up to win a chance to compete for the banner!

Easy to understand because it’s a team that had struggled through a record of 5-wins and 16-losses before the streak started. We had lost some 12-games in a row before by achingly close scores of 1 or 2 goals, and only once by 5 when we only could ice 8-players and played with a short bench. I knew we were close but it was tough to see the late misses that were costing us games and such frustration.

But they never lost faith. And in my message to the kids, I drew upon the message given to me and my team by my baseball coach when I was 12-years old playing baseball on the prairies.

His quiet confident affirmations resonated with me so much so that some 45-years later I can recite them verbatim, and draw up his wisdom and pass it forward to the kids I coach today.

I remember that team, losing its first 19-games of the season, winning only our final game. I remember my knees shaking on the mound as I was throwing my final pitches to the best hitter on the other team. With one runner on base and down 3-1, he hit a ‘high- hopper’ to the mound, and as I ran over and underhanded it to the first baseman to finish off a 3-hit win complete game for our first victory, I could feel the adrenaline rushing through the core of my body.

I have played and coached hundreds, if not over a thousand, games in my life, and that one I will never forget. It unlocked something within us, within me, and when we all returned to play the next season – with a couple of pretty good additions – we went 19-1.

The boys on my hockey team turned the corner when they built upon winning the last game of the regular season, and then translated that feeling of victory into 4-straight round-robin wins in the playoffs against 4-different teams. Winning has now become a habit, an expectation, and not some mysterious beast in the darkest regions of the forest of doubt.

It’s not just us in the amateur leagues, those self-doubts dog the greatest and best of us.

Who can forget Russell Wilson’s clarion call to his Seattle Seahawks team during their 2014 Superbowl win.

‘Why Not Us?’, became the slogan for a team, and for a city, and for all those people who doubted that they too could accomplish great things.

Wilson came up with the saying from something his dad had said to him in his youth.

Very simple and straightforward, but so powerful when coming from your father.

Here at Tailwind, I liken the evolution of our company to the journey of my peewee hockey team this season. We work so hard but don’t always seen the results we hope for. We have worked together diligently to unleash our potential, enhancing customer experience. We’ve changed and adapted and have done whatever it takes… and it hasn’t always been easy.

But in February we broke through – and February was like the big-game won by my peewee team. We hit and virtually doubled our best results of any month before. There were a number of breakthroughs. Like the young peewee player who summoned up the courage to block a slap-shot from the point, we made bold and courageous moves to move our business forward.

We are asking of ourselves, in our Transportation Management Software company,

‘Why not Tailwind Transportation Software?’

We have an industry-leading web-based software system supported by world class services. We strive to make it easy for our customers to use us so they can strive for their own greatness. We price it in a way that doesn’t have the customer feeling that they are going into a big hole before they have even had the chance to climb their first step to greatness. And we are confident enough to share the price explicitly, and even let them trial it before they decide to buy it.

One game does not a season make. One amazing month does not a fiscal year make.

But we feel that we have turned a corner.

And it feels good.