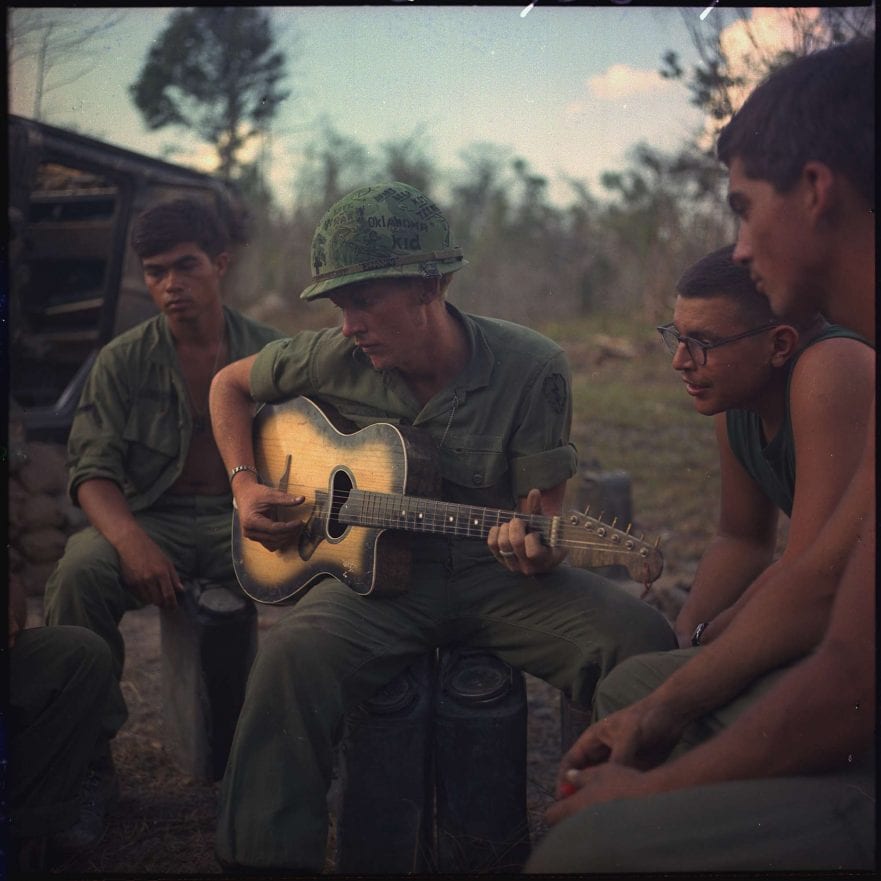 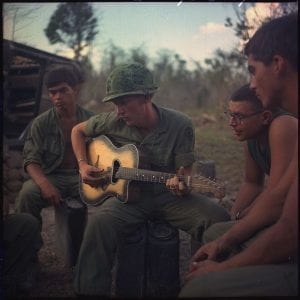 I watched the Ken Burns documentary on the Vietnam War for the third time this past week on Netflix.

It is perhaps the most moving and compelling war-related documentary I have ever seen in my life. I think it affects me this way because I saw so much of the war itself on TV in the late 60’s and early 70’s when I was a child. It was said that the Vietnam War was the first war that came into people’s living rooms, and for a young boy living in a northern city in Canada it was like the world came crashing through the door.

The last episode of the 10-episode documentary was called ‘The Weight of Memory,’ and dealt largely with the aftermath of the war; how it was understood, and how it was remembered.

I am deeply passionate, sometimes too much so, about our wars. They have touched upon my life vicariously. I was born 16 years after World War II ended but was raised in an era with two uncles on either side of my family who had served in it. My dad was 17 when it ended but I remember a man named Percy coming to visit us at our cottage one summer just outside of North Battleford, Saskatchewan.

Percy was proper British banker in his early 60’s. He had stayed with my grandparents and befriended my dad and his sisters when he was in Canada, training at the nearby British Air Training base, during World War II. My parents were from Yorkshire, England so it must have been nice to have a lad from the old country come to stay with them, and probably even more delightful to see that he had survived the war and had gone on to live a long and fulfilling life.

I remember one uncle telling us one evening that he remembered that exact moment when he found out that the war was over. I vaguely recall that he said he had been in Germany in a row of houses having a respite from the battle. A Captain, my uncle Al came home to live on the quarter-acre of land the Canadian government allocated to returning veterans. He raised a wonderful family, became a prominent lawyer and eventually a Federal Court judge, before passing some 20 plus years ago.

And he had a special affinity with my uncle Roy, from my mother’s side of the family, a man who fought with the Regina Rifles who had freed Holland – creating forever more, a unique bond between that country and Canada that sees Holland shipping 100,000 tulip bulbs to Canada every year. I remember as a child my older cousin Tom taking me and my brother downstairs to some storage room while all the others were enjoying a family celebration (my uncle Roy playing trumpet, as he did when he was a bugler with the Rifles) – once there, he showed me a big black and heavy German army dagger, and a Nazi flag.

“Dad brought it back from the war,” he said.

I was just too young at the time to comprehend the experience my uncle Roy and my uncle Al had gone through in the Second World War, and it seemed that they, as part of the great generation, kept most of it to themselves, the stories only sparking when they got together. I remember sitting in my home office some 8 years ago watching a documentary ‘Remembering Juno’ – and much to my surprise there was my Uncle Roy. He spoke about his experiences serving in the war, and I will always remember an especially moving part where he talked about the Nazis sabotaging an ambulance that would be used by the Allies when they took control of former German territory. They had rigged up the exhaust from the engine to fill the back of the ambulance, killing the wounded and injured in the back.

Tears filling his eyes I remember him saying, “Who does a thing like that?”

November the 11th is Veterans Day in the United States.

It is a holiday for honoring those who served in the armed forces – the veterans.

An interesting fact from the Ken Burns’ documentary: over 30,000 Americans crossed the border to avoid the draft for the Vietnam War. These ‘draft dodgers’ avoided a draft that provided exemptions to those who had committed to higher education and had the means and connections to avoid it; at least until that policy was changed in the early 70s by the Nixon Administration.  (In contrast, over 30,000 Canadian volunteered to serve in Vietnam as part of US forces.)

As I watched the last episode of the Vietnam War, I found the scenes of the commitment of the Vietnam Memorial in 1982 in Washington to be especially poignant. Set to Simon & Garfunkel’s ‘A Bridge Over Troubled Water’ it spoke to the terrible pain endured by those who served, and the families and friends of soldiers who perished.

It also took me back to November 22nd, 2003 when I visited the memorial – spending one day in Washington on the 40th anniversary of President Kennedy’s assassination – visiting the memorials, the Holocaust museum, and walking to the Capitol and the White House, seeing live some of the places I had seen only on TV as a child.

But it was the Vietnam Memorial that hit me the most; the way it slopes up to a significant height in the middle and then back down, representing time – the duration of the involvement of the United States from the early 1960s through to 1973.

It is shaped in that manner because engraved into its marble surface are ALL THE NAMES of the over 57,000 soldiers and military personnel who died in that war. Its slopes are tied to the number of people who died in each year, and it hits you because it drives home the point that these were people – all had a name – people with fathers and mothers, brothers and sisters, family all over. I remember a moment where one of the older female commissioners came over to warmly greet one of the veterans who had arrived at the monument. Her loving tone, her compassion, I will never forget. She made the man feel like he had arrived ‘home’ – that it was his place, for his pain, for his healing.

There was one enduring truth we all learned from the Vietnam War, and it was driven home by the tears and words of one of the war protesters – now 45 years older – saying that in seeing the memorial just how much she regretted some of the things she said and did to those who served.

In our industry, there are a significant number of people who have served in the military – many of whom served in the more recent wars in Iraq and Afghanistan. This is also their day, and their service must be honored.

We cannot forget the sacrifice of those who gave the “last full measure of devotion.”

In the logistics industry, we work to pick up things, transport things, and deliver things. And to do this effectively we must weigh things to transport, and transport safely. We try to transport things as efficiently as possible taking the shortest, and least costly, route to get it there safely.

But it is important to remember – lest we forget – that as we carry these things we all must carry the ‘Weight of Memory’ – of their sacrifice and contribution.

The families of dead soldiers carry it, the veterans carry it. And we should know today, on the 100th anniversary of Armistice Day, that we must do so as well, now and forever.

To lighten our load is simply unforgivable.

In Flanders fields, the poppies blow
Between the crosses, row on row,
That mark our place: and in the sky
The larks still bravely singing fly
Scarce heard amid the guns below.

We are the dead: Short days ago,
We lived, felt dawn, saw sunset glow,
Loved and were loved: and now we lie
In Flanders fields!

Take up our quarrel with the foe
To you, from failing hands, we throw
The torch: be yours to hold it high
If ye break faith with us who die,
We shall not sleep, though poppies grow
In Flanders fields

Composed at the battlefront on May 3, 1915
during the second battle of Ypres, Belgium

Four score and seven years ago our fathers brought forth on this continent a new nation, conceived in Liberty, and dedicated to the proposition that all men are created equal.

Now we are engaged in a great civil war, testing whether that nation or any nation so conceived and so dedicated, can long endure. We are met on a great battle-field of that war. We have come to dedicate a portion of that field, as a final resting place for those who here gave their lives that that nation might live. It is altogether fitting and proper that we should do this.

But, in a larger sense, we can not dedicate—we can not consecrate—we can not hallow—this ground. The brave men, living and dead, who struggled here, have consecrated it, far above our poor power to add or detract. The world will little note, nor long remember what we say here, but it can never forget what they did here. It is for us the living, rather, to be dedicated here to the unfinished work which they who fought here have thus far so nobly advanced. It is rather for us to be here dedicated to the great task remaining before us—that from these honored dead we take increased devotion to that cause for which they gave the last full measure of devotion—that we here highly resolve that these dead shall not have died in vain—that this nation, under God, shall have a new birth of freedom—and that government of the people, by the people, for the people, shall not perish from the earth.