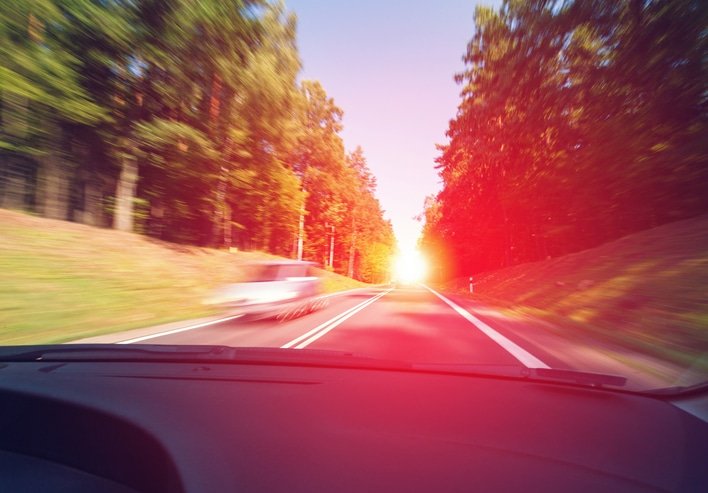 I was speaking to a customer the other day on the phone and he shared with me his success in building a business for the past three years in partnership with his father. He came from the technology world and joined up with his dad who had built some significant relationships with customers in his over 30-years of trucking.

As I listened to his story, and the story of his business, I thought about how this emerging company was the new archetype for business in the freight transportation services industry today. No industry is immune from the significant advances – nay leaps – in technology. And while I believe that a significant dialogue is coming about the role of the human and the role of technology in our society, sticking one’s head in the sand and ignoring new breakthrough technologies is not option.

During the course of our conversation he said something that struck me. He said

“I have found, for the most part, that truckers steer clear of technology.”

It was not only the content of what he said, but the metaphor that he chose that really stuck with me.

Our industry is at the intersection of the ‘asphalt highway’ and the ‘information highway’. It is where the flow of traffic commingles with gigantic streams of data. I have often described what’s happening as ‘Uber’ meets ‘Mobility’ meets the ‘Internet of Things’.

As we ponder and consider some of the broader issues in our world – the allocation of finite resources, global trade and relationships, better stewardship of our environment– we find ourselves at the intersection of how we are going to apply ‘big data’ to the infrastructure, the assets and materials that help move goods and commodities around our planet.

I remember a time when I actually thought that I could live my life ‘steering clear of technology’. After all, I hadn’t been exposed to great stuff, unless you were impressed with the game PONG and working with punch cards in business classes at high school. I was the proverbial high school quarterback in that I just might have gotten by with a good smile, nice manners and the odd slap on the back. When I moved onto university we had to book time on an HP 2000 that was shared amongst hundreds and hundreds of students, and that I found to be a poor second option to time spent enjoying a $5 jug of beer at our student run pub (‘Those were the days my friend!’).

The IBM personal computer was launched in 1981 by a Charlie Chaplin look-a-like, and of course the Apple Macintosh, in an spate of Orwellian-pique, during the Super Bowl in 1984. I graduated in 1984.

I can remember my brother telling the family a story about some consultant meeting with a company – I believe it was Texas Instruments – and telling him that their personal computer was useless, that it could do nothing more than what someone could do themselves in the analog world. Perhaps it was just bad technology, but I remember the story because things like that were said all the time. Heck, I remember hearing a story about some poor soul who got relegated to handle the Internet division for his Fortune 500 company. Someone said,

“He must have pissed someone off!”

It was like he had been sent to some Gulag without some good Russian programmers to support him.

At age 32 I decided that the one thing I need to do is get over my fear of the keyboard. I didn’t take typing in high school. Anytime I tried to use a typewriter I felt that they were clumsy and overcomplicated. But one day I buckled down an enrolled in an adult learning course at a local high school. It was 1993 and it cost me $128.  Other than the first set of golf clubs I bought for $109 at the age of 12, and used for the next 25 years (I won some tournaments with them) I consider it the best money I ever spent in my life!

I was flying for business a lot at that time and when I was not in night class, you could find me in a plane seat pounding on an imaginary keyboard found on the table tray pulled down from the back of the seat in front of me.

It was as if I were in some ‘QWERTY induced fog’, leaving my seat-mates wondering if I was struggling with some serious mental disorder.

But it was my ticket to using a computer to do my work. And while I can’t say that I am an expert on technology today, I will say that I have an solid grasp and deep appreciation for how technology can be applied to a businesses to make it operate more effectively. I actually think some of the best work I do is when I tell people not to apply technology to an activity – activity that is uniquely human and requires not only the insight but the emotion and empathy of a human being – something which seems to be getting less and less shrift these days as I watch the significant advancement in Artificial Intelligence, or simply ‘AI’ as they say… Believe me, if they take a two-word concept and turn it into to a two-letter acronym-  then something big is going to happen!

So, in today’s world, and especially in an industry like the trucking and logistics industry, one can hardly afford to ‘steer clear of technology’ as my new business friend so aptly stated. But the technology cannot be applied like a blunt hammer. Yes, in the 25 to 50-year time frame we may hardly recognize what it will look like as the drones fly overhead us on our way to ‘non-work’.

But in between the ‘now’ and the ‘then’ of this transformation I know that our trucking & logistics software company is going to look at how to turn the dials of automation to provide supportive technology solutions to the people who make our industry happen.

It is important to always remember that behind all the computers, the automation, the equipment, and all the infrastructure, are the people who make this all work.

Is ‘disruption’ needed? Perhaps its inevitable, but I am sure that ‘dis-location’ isn’t needed. People in this industry need to be tethered to one another, to have meaningful work, and meaningful relationships – and to find some joy in the toil they do in order to provide for their families. Will everyone be ‘happy?’. Doubtful, but perhaps it could be a bit easier on the soul.

Am I saying that we should ‘steer clear of technology?’ Definitely not – with the consultant story told by my brother ringing in my ears. You could make yourself irrelevant in the marketplace.

But what I am saying is this. Every company, every one, must now navigate their way through the intersection of the ‘world of trucking’, and the ‘world of data’, in a way that keeps them on the highway, avoiding some of the blue ocean promises that will be realized far beyond our working lives, while prudently and appropriately applying today’s technology to running a business better. Applying them to things that minimize paperwork, improve cash flow and, above all, keep customers loyal.