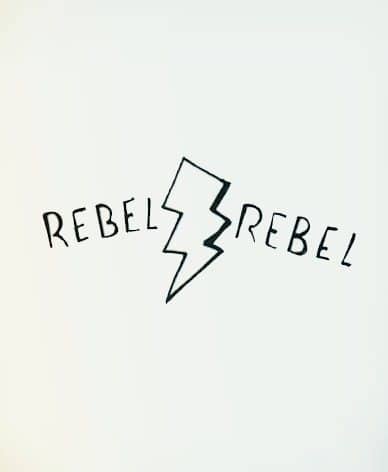 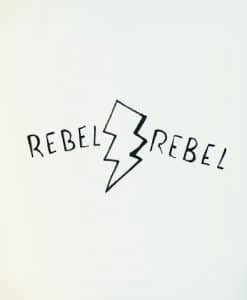 I would be walking through the big basement call center – some 150 seats – at a resort company that I worked at some years ago. I would hear this line delivered in a thick middle-east accent by one of our more ‘senior’ sales reps over in the corner.

Some background. Most people in the call centre were dressed business casual. And I liked dressing the same, but sometimes I would have to wear a suit – just for those high-falutin business meetings where people say things like ‘Best of Breed’ or ‘Kluge’. One day I had to visit with some of my call center managers when I had my suit on. As I walked on the floor of the center, he latched on to that fact assuming I was performing some bit of ‘puffery’ – not being part of the team. A gentle chide but ‘much truth is spoken in jest’.

His name was Ahmad. He was 60 years old. He was our number 1 salesperson. I always had time for him because he would come up to me and ask a question or two about the business. I had been brought in as a consultant and had changed a lot of things – hopefully for the better. He always had something interesting and thoughtful to say. I was in my early 40’s and he being 60  – and having run his own accounting business some years before – I appreciated his ideas and the odd encouraging word he offered.

He certainly wasn’t without drama. For anyone who has worked in an outbound telephone sales center – it can attract some high-maintenance top performers. Think about the Top Goal scorers – in hockey, in soccer – or the Top Receivers in football… they can deliver superior results but they can also raise the tenor of things in the game.

One time one of my managers told me that Ahmad had a bad interaction with our Assistant IT Manager. Our IT guy was terrific. He was a bit of a joker. I liked him. Apparently he missed on a joke with Ahmad and a big argument ensued.

I found out it wasn’t just the words, or the joke. Our IT guy was from Russia. Ahmad had fought the Russians while he was a rebel fighter in Afghanistan back in the 1980s. He hadn’t let go of some of his feelings, but we let him know that values and rules the governed our workplace and those former hatreds and conflicts should visit us here. Ahmad has immigrated to Canada,  raised 4 kids, built his own business and then was working with us at the resort business.

A few months later the Assistant Call Center manager walked into my office.

“Murray, I want to let you know that we are going to let Ahmad go tomorrow?’

“He has just been really difficult with his managers. He isn’t taking direction and he is defying me quite often. We tried to reason with him but it’s just getting worse.’

“Hmm. I always found him to be a great guy. Top results… interesting to talk with. What’s up? Do all the managers feel that way?”

“Tell you what – assemble all the managers together this afternoon in the boardroom downstairs in the call center – I want to ask you all something. There must be something else to all of this – something going on his personal life or something? It just sounds weird”

That afternoon I went down and met with 5 of the managers and they said that they had all agreed that he had to be let go. That he was too disruptive and they had to make a stand.

In listening to them I recognized that their jobs as managers were very important. They were younger – and I wanted to empower them to make their own decisions. So I said,

“Okay, I hear all of you – and I am giving you the ability to make the call on him, but I want to say this to you before you move forward. I will find it very disappointing to see that he has left our business. When I first came in here you remember how bad it was – terrible employee turnover, a lack of trust,  poor results. When the changes were being made I spent a lot of time here in the center. During that time Ahmad would often come over and offer suggestions and encouragement. Sometimes I acted on them… other times I didn’t. He offered them on behalf of the wider group – he wasn’t just advocating for himself.

Now, as a Vice President I could have said that he was simply a ‘telemarketer’. But I didn’t think that at all. He was almost 20-years my senior. I found out that he had run a business. I found out the he was such a man of faith that he took his 4 son and his wife to Mecca. I later found it that the fought for his country against the invading Russian army back in the late 70’s. His feedback and insight meant something to me – I was thinking that maybe it could be helpful to you as well. “

You know that I don’t want to be sitting up on high and making decisions that affect your day-to-day. But, before you release him you have to answer this one question…

‘Given his life experience, his courage and accomplishments, the fact that he comes in here day in and day out and is always near the top in our results, why is he feeling this way? Answer that question and then I will let you terminate his employment.’ “

I was out of the office for a few days. I came back down and walked through the call center. I heard….

“Things all good?” I offered.

I sauntered down to the managers’ office. I asked them a few questions and then moved on to the Ahmad issue.

“He seems to be…um… in a better mood now. I thought he was on his way out…”

“ No – he is staying on. And we now him training to the other telemarketers – he is really liking the added duties.”

“We met with him. He wasn’t liking some of the changes we were making. It opened up a good dialogue and we got the point where he felt that if some of the staff were trained better – they could improve their results. We asked him if he wanted to try doing it. He went for it. Loves it.”

There are those golden moments in management – in dealing with people – where you just want to shout, or cry, or laugh, or all three… and this was one of them. I didn’t know what the issue was, but I knew there WAS an issue.

I had to applaud my managers for their patience to go back to him one more time. And more so for the courage to change course.

They learned a big lesson that day. In fact, it was something I had learned years before as a younger manager.  And that was

YOU MUST ALWAYS PAY CLOSE ATTENTION TO THE REBELS.

You see, the opposite of love isn’t hate – it’s indifference. The biggest threat to love is simply ‘not caring’. The fact that Ahmad was upset and being disruptive was a signal to me that something wasn’t right. My managers had overlooked the obvious fact that showing up to do 7.5 hours of outbound telemarketing each day is very difficult. The easiest thing for him to do would have been to simply walk away.

So my question to them was –  if he was so unhappy ‘why didn’t he just walk away?’, ‘why was he still showing up?’

He was showing up because he still cared. He wanted to make things better but he was frustrated. He wanted to contribute in a more meaningful way. He wanted to have more impact. Unfortunately our young management team was paying too much attention to ‘structure’ and ‘position’, and not enough to the ‘person’. They were learning their jobs – and hadn’t learned yet that as a manager you can learn from everyone no matter what their role and position is in the organization. You don’t just learn from ‘the boss’.  Rebels can teach you a lot about you business… but you have to listen and help them put words to that frustration.

It’s now 16 years later. I work in a business casual environment in trucking software company (that is a code for ‘beige khakis and a light blue shirt’).  But there are still some days when I am wearing a suit.

Just once, I think it would really be nice to hear Ahmad call out…..