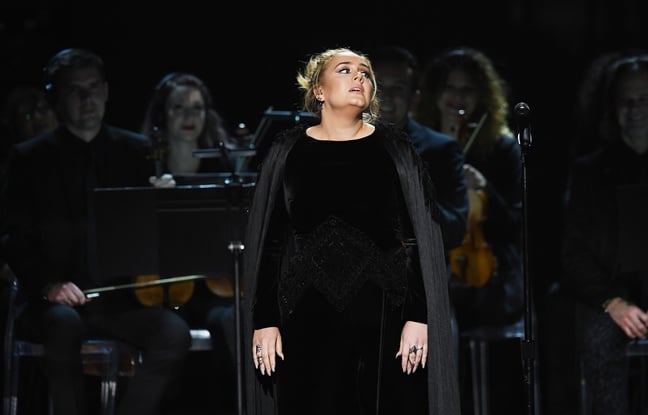 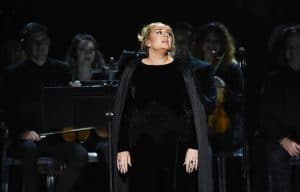 She started up the song.

Millions of people around the globe were watching on TV – waiting for a memorable performance.

She started and knew she was off-key – headed in the wrong direction with the song, and with the moment.

So she stopped the song.

She uttered an expletive, and then said

Hmm.  I can’t mess this up FOR HIM she said.

The ‘him’ she was speaking about was George Michael, and she was covering one of his songs as at tribute to him at the Grammy Awards.

In that moment she accomplished an amazing feat. She restarted a song right in the middle of the signature musical  event of the year – and she came off all the better for it.

Some singers – some people – would have had too much pride to stop and make the call. Not wanting to admit a mistake in front of all THESE people.

But most people aren’t Adele.

Adele isn’t a manufactured star. She is the real thing. She is truly rolling in the deep while other swim in the shallow water of the business. She resonates with people because she is real and she accepts the fact that maybe, just maybe, there are things greater than herself.

We held a training session for our Support Team at Tailwind, our trucking software company, the other day.

We talked about our approach with customers and the importance of keeping our ‘mind’ and ‘heart’ in balance with our interactions.

Too often when customers approach companies they are dealt with in such a clinical, anti-septic manner that it creates distance in the relationship.

As I told my team

If you don’t have you heart in the right place, if you find yourself spending more time defending something you have done or explaining something so as to take the onus off yourself and place it on the customer, you will lose.

Instead, if your attitude is one of trying to help a customer and finding better way no matter what the circumstances, then a customer will most likely work with you and cut some slack if mistakes are made.

And this is fundamentally different than the old axiom of

‘The Customer is Always Right’

This isn’t even on the right dimension. It’s never a question of who is right and who is wrong, a battle of the wills. It’s a matter of helping the customer get to a better place. And if you can’t – well, then you can’t.

Having this approach is greatly empowering to a business because if you are trying to truly help someone and they don’t want your help and want something from you that is clearly not in your company’s interest, then it’s easy to offer them a polite,

“I don’t see a fit here between our two companies.”

Good service delivered with the right intent doesn’t mean you become a pushover. Precisely the opposite. It means that if the relationship doesn’t even meet the test of someone wanting help to accomplish their aims and objectives, then it’s time to end the connection.

Last weekend everyone knew that Adele wanted to deliver a memorable performance about George Michael and his musical legacy for his sake – not her’s. And when she felt she wasn’t doing justice to his memory she pulled the plug and started again. It was a reset of the hugest kind.

It’s a reminder to all of us who have our hearts in the right place and sometimes make a mistake of the head.

You can take a re-set and you will be all the better for it.