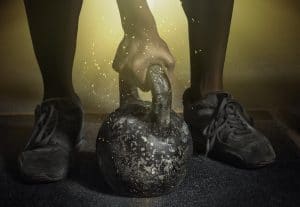 They once had a contest in Canada’s national newspaper on ‘Defining a Canadian’.

There were some memorable entries

A Canadian is someone who apologizes to an Instant Bank machine.

A Canadian is someone who brags about their universal health care as they cross the border to get cheap alcohol and gasoline in the US because of… well… lower taxes in the US.

But my favorite was.

A Canadian is someone who crosses the road to get to the middle!

Just loved that last one.

We live in an extreme climate so I often think this leads us to live a life of moderation.

It’s tough ‘holding the middle’. These days it seems that the voices on each extreme are all that’s heard.  It’s easier to be intolerant these days, to hold a fixed position and not listen to others, to avoid the dissenting voices in our midst.

But being open and inviting and tolerant is not only good citizenry, it’s good business. If you are going to produce goods and services for the broader population, then it’s good to have people working for you who very much reflect the customers you serve.

The market we serve here at Tailwind Transportation Software is found in the middle ground – not too big and not too small.

“It is not the critic who counts; not the man who points out how the strong man stumbles, or where the doer of deeds could have done them better. The credit belongs to the man who is actually in the arena, whose face is marred by dust and sweat and blood; who strives valiantly; who errs, who comes short again and again, because there is no effort without error and shortcoming; but who does actually strive to do the deeds; who knows the great enthusiasms, the great devotions; who spends himself in a worth cause; who at the best knows in the end the triumph and high achievement, and who at the worst, if he fails, at least fails while daring greatly, so that this place shall never be with those cold and timid souls who neither know victory nor defeat.”

(You have to love writing a blog where you start by defining what it is to be a Canadian and then go on to quote one of the United States’ greatest presidents. I cleared the border without even stopping at customs!)

At Tailwind, we have learned the lessons of being too high, and too low in the market place.  Some customers are just too big and complex for us to serve them well, so we refer them to some of our competitors. Our overarching goal is their success. And other companies are in their infancy and need a different less demanding application at that time. Trying to be ‘all things to all people’, chasing every last dollar is a bad move for any company. To thine own self – and to thine customer – be true!

We have also appreciated the lessons of being too fat and too thin. Okay, we have never been ‘fat’ per se, but we have come to learn and value the benefit of being skinny… okay, we have hunger pangs!

We love our ‘resource- scarce’ business – the way it forces to think and work smarter. We simply don’t have a bunch of money to burn. The dot-com era showed that you don’t give a company without substance $30m in venture capital financing because they’ll likely to buy a $10m dollar Super Bowl advertisement.  We have learned the value of every dollar raised, and refined our efforts to leverage it so we can growing our business. It’s an everyday, every customer type of thing.

I don’t think we want to ever become some past-time or side-show for some billionaire. We are all in it to win it.

There is value in the struggle, finding the joy in the doing and the achievement when it’s earned. There is a reason why it’s bad luck to hoist the Stanley Cup over your head when you haven’t actually won it. It’s bad luck.

It’s just nice to be the in the game. To choose your battles and to fight the wars. To be in the middle of it all.