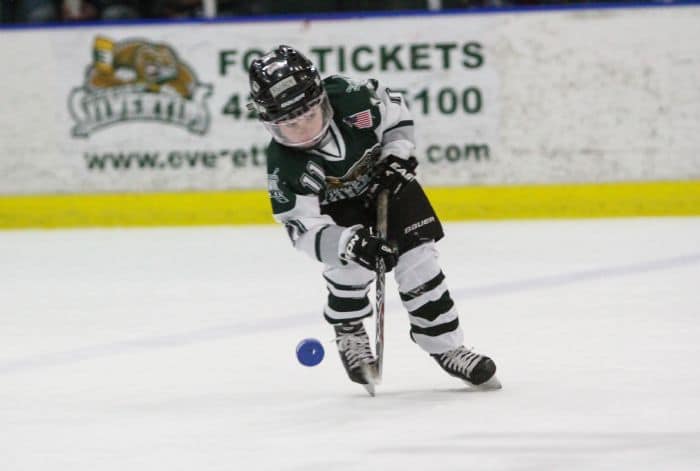 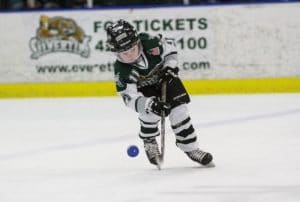 My Peewee Hockey team had its first game of the season last night.

We had a ‘see-saw’ battle with our opponents. The lead changed hands 4 different times. We lost the game 7-6. It was a spirited affair as you would expect from a group of 11 and 12 year-olds. Some of my kids were a bit upset as one of their goals was counted when it had only hit the post, while one of our goals was disallowed due to a quick whistle. I told the kids that ‘character and composure’ would be one of the key tenets of our team – and I had to model that as well last night. The referees are young… and they are learning the game as well.

After the game I asked the team how they felt about the game and their performance.

‘What do you think we did well?’

‘If there was one thing you think we could do better as a team, what would that be?’

Their responses were interesting. Some kids said the goal of having ‘fun’ was most important while others mentioned some particular element of their game was missing – i.e. passing. It’s their game – not mine. They have to establish the norms for effort and performance that they can live with – on their own terms.

I think the parents think that because I run a company that I utilize some of the management techniques I have learned over the years to the benefit of our team – to the benefit of their kids. But the reality is that my entire frame of reference at work is based on some of the key things I learned from the game of hockey. Learning gained in the crucible of high competition.

The things we learn as kids we carry the rest of our lives. It is highly unlikely than any one of the kids I have coached over the past 6 years will make the National Hockey League. I tell parents that while it is unlikely that their kids will ‘make the pros’ that it’s still important for us to let them dream. I tell them ‘be realistic’ but that ‘it’s okay to dream’. I then tell them that one of my boyhood teammates went on to become the second overall draft choice in the NHL. He also saved a stranded, injured hiker in the mountains a month ago. He is just that kind of man. He was just that kind of player.

Our hockey team is called ‘The Sting’. This year we are going to work together in a ‘swarm’ and protect the ‘hive’… that golden place that a team can call their own.  We are using ‘bees’ as a metaphor and using it to educate kids on the challenges mankind is facing with the decline of honeybees around the world. Our three values are

I had put these values together for my hockey teams years ago. And while it can seem a bit ‘hokey’ to some of the kids – the more I reviewed them the more I realized that they had guided much of my own life in business.

In the same way, as president of a trucking software company, I think about the ways that everyone in our company can grow to become a better person, and a better performer in their chosen field. We have to find ways to work well together – respecting one another’s viewpoint, while holding each other accountable for our contributions. Finally, we have to run our business in a way that makes us proud. One that we can represent publicly, one that is consistent with our values.

When you coach a minor sports team the ONE thing you can do for everyone is help instill in kids the values that they can use effectively as citizens, as teammates in their organization. If you focus on ‘values’ then every child is getting something out of the experience. If you focus on winning at all costs – on only the GOALS – then you have done a disservice to all of them – including the great goal scorer. Despite all of his success – the goals, the Stanley Cups, the trophies – the one thing Wayne Gretzky said he would miss the most… was his teammates, those times in the dressing room.

Over the last couple of weeks I have met with all the people in our business for a ‘one-on- one’ conversation.  I ask them ‘how they are feeling’.  I ask them if they ‘are feeling challenged, if they feel that they can contribute in ways we haven’t tapped into yet’. I ask them ‘what they would do if they were in my shoes as President?’ It is a valuable and invigorating experience for me. I know that there is choice in what people choose to do with their working lives. It is incumbent upon me to compete for the ‘time and passion’ of those that work here. To never take that for granted. I know that we aren’t the only trucking software company in town.

Last night as the kids took off their sweaty equipment – throwing a smelly shin pad, or soaked elbow pad into their equipment bags – I went around the room and gave each one a fist bump. I told them that I really enjoyed watching them play the game, that they should be proud of their effort – and mentioned the one ‘highlight’ – some skill they exhibited or play that they made – and thanked them for being part of ‘Buzz Nation’ this year.

That is perhaps the biggest gift I got from the game.