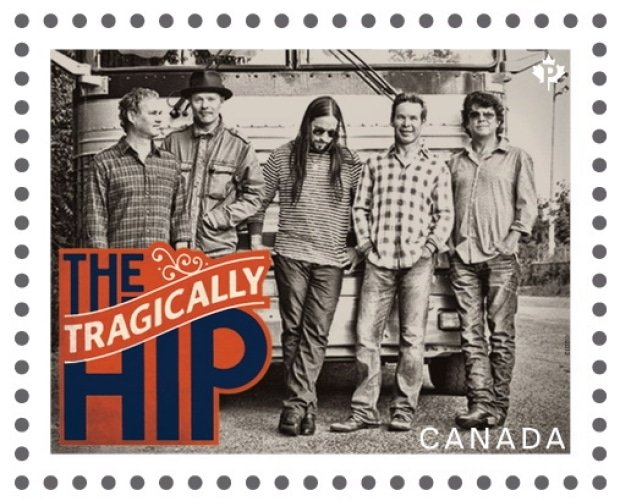 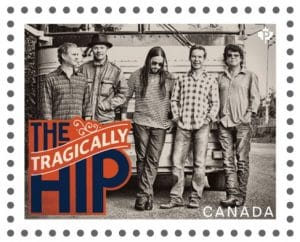 Today I have that New Orleans’ sinking feeling as I listen to My Music at Work, and begin to feel the lament and impending loss symbolized by the last Tragically Hip concert tomorrow night. Singer Gord Downie will sing his last songs with ‘The Hip’ publicly tomorrow night at a nationally televised concert from his hometown of Kingston, Ontario.

When ‘The Hip’ came on the system, the place would rock like no other place in the country. Their songs made it all the better to be alive, to be in Whistler, to be a Canadian dammit. We were all Looking for a Place to Happen – and The Hip made it so wherever we found ourselves.

Their music was never conventional, never predictable and always infused with meaning – meaning that could only be created and delivered by… by a poet.

Gord Downie was never ever really ‘just’ a lead singer of a rock band. He was the poet laureate of a young generation of Canadians who were ready more than ever to extol the virtues of a great country.

I remember the first time the energy and fire of their song 50 Mission Cap. It is a song now played at almost every professional NHL hockey game in Canada. You will hear Stompin’ Tom’s ‘the Good Old Hockey Game’ at the games – a song in which everyone joins in and sings as a shared experience. But to uncover the sheer fire of the Canadian spirit – the one that makes young men get on landing craft and jump on the beaches under enemy fire –you have to listen carefully to the words and meaning 50 Mission Cap.

The first few words with the name ‘Bill Barilko’ stirs the interest of Canadians, – especially Canadian hockey fans – who were, and now are more familiar with story of the tragic loss of a Stanley Cup champion – a player who scored a Stanley Cup winning goal in 1947 – only to be lost a few months later when a plane he was riding in crashed during a fishing trip. He was only to be found some 15 years later in 1962 – the year the Maple Leafs next won the Cup. The intimation that only in solving his disappearance would the hockey gods once again shine upon the Toronto Maple Leafs.

He knew this because…..

“I read it on a hockey card tucked up under my 50 Mission Cap.”

A 50 Mission cap was something given only to Canadian airmen who fought and flew over 50 missions to Germany in the second world war – and survived.

It was his father’s cap and he wore it as a youngster. It had special meaning and he had fashioned and fitted his favorite hockey card – Bill Barilko – under his father’s cap. That story fused together indelibly the two greatest passions in Canada – a love of hockey and a love of country.

Tomorrow as we listen to his last public concert before he begins the last and lonely journey into the depths of his terminal cancer we all hope that he is sustained by the love of his family, his band mates, and a country that is only now beginning to truly understand what will be gone.

Don’t Tell Me What The Poets are doing – they are always one idea ahead leading the hearts and minds of others. From the Vaclav Havel’s to the Gord Downie’s of the world they are stitching together the patchwork quilts of patriotism one song, one novel… one word at a time.

As a poet, he was truly Ahead by a Century. As he completes his last great tour to the concert venues in the  cities and places across the country he has done it on his own terms with Courage and with Grace, too.

We are losing one of the best poets Canada has ever had. Yes it’s a tragedy. But more precisely it is Fully Completely Tragically Hip!

I can’t imagine he would have wanted it any other way.