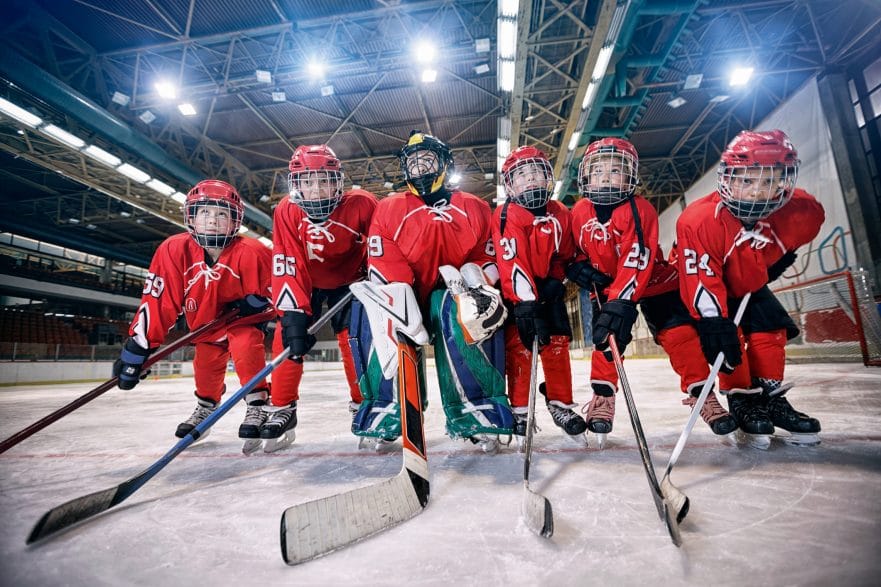 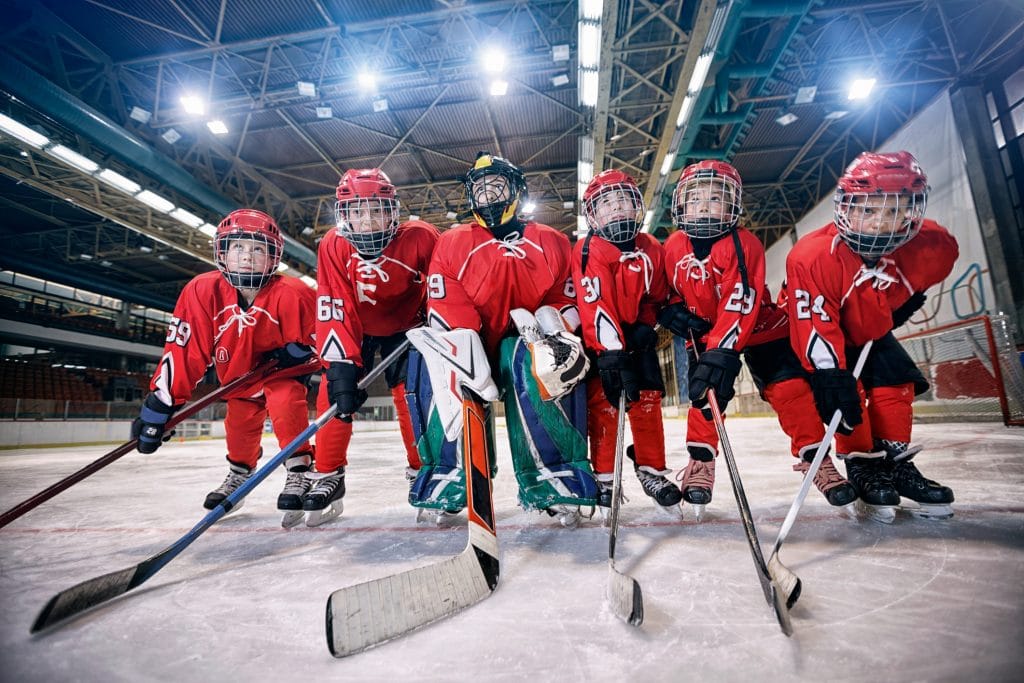 The moment had arrived.

It was our last game. We had assembled in the dressing room at the arena before even more than two players from the other team had arrived at the rink.

We had won 5 games in a row. We had won every game in our round robin playoffs and now we were going to play our final game of the season.

A win meant that we would be the clear-cut winner of ‘the banner’.

Oh – to have a banner season, that would be such a memory for these kids.

I knew that we could also win with a tie, because the only other team that might be able to tie us, had already lost to us in the round-robin. As such, I was sure that we would win it on the tie-breaker. But I held that little secret in the back pocket of my well-worn hockey pants.

This was no time for equivocation. Our focus was only on victory, on winning the game, because…well because we knew how to win now. We had come to expect it of ourselves.

I had been edgy all day. I have always been that way, especially when I played the game myself. I would guess that am known to be a fair, positive coach. Inside, I am a very competitive person and I have learned to keep that in check in case I become overbearing to the needs and journey of the kids. It’s about them, not me.

On game days, I get a bit short tempered. I just want the game to begin in order to channel all my ‘jitters’ into competing. I always wanted to make a big hit on my first shift in order to ‘get into the game’ as they say. As an 18-year-old I once laid out a kid on the other team– only to realize that it was a kid who I had taught and played golf with during the summer at our local course. He had looked up to me. It bothered me how I didn’t recognize him and shook him up. It bothers me even today.

But I was especially on edge this game day – and not because I needed a banner per se, but I could see that this team, these kids needed it. More importantly, they had earned it.

We had lost 4 of 5 games in our exhibition schedule, finding ways to lose I had never seen before in coaching. We then lost 9 of our next 10 league games – but most of them by one goal. Once again, we were close but seemed always to be snake-bitten, but just a goal away. One team came back from 4 goals down to beat us, scoring the last goal with 27 seconds left. We played the night right after a hockey tournament where we had played 5 games in 4 days. We had only 8 players. We just ran out of gas.

We won our last league game and hadn’t lost since. Now it was the playoffs. Now it was our final game.

I wondered what to say to these kids.

It was perhaps one of my most confusing years as a coach. I loved them all as individuals, as kids. I love their passion for the game. I love their spirit – even their larceny. Okay, bottle flipping and fidget-spinning aside, I can take the little games and inane things they like to do.  I was a kid once too.

But it was a confusing season for me because they didn’t all like one another. Perhaps a fairer thing to say is that they didn’t always treat one another well. It’s a weird dynamic because there are many instances in sports where dysfunctional teams win championships.

Sometimes the kids would pick on one another, or chide one kid, or the other, on the team. The age group spanned two years and by the end, we had kids who had turned into teenagers of 13 years of age while we had others still a youngish 11-year-old. They start to mess around, and they can bully each other – in lineups on the ice, in the dressing room, on the bench, on the school grounds, and most difficult to see, online.

You’d like to stop it, – use the values and teachings of your team to solve it, but you can’t be everywhere at once. And I have to be honest with myself, being a 57-year-old coach now, I just don’t have as much energy as I once did.

But here we were in this moment. Having turned our season around, with some of the interpersonal issues unresolved, perhaps never to be resolved.

We were quiet. They all looked up to their coaches in front of them.

“You have worked hard this season. You have attended over 25 practices played over 24 games. You know your positions, your responsibilities, and how to play together. You how to skate, how to pass, how to shoot, how to stop goals, and how to score, how to compete.

So today we are here all together. What is special about this moment?” I asked.

“We can keep the win streak alive?” another added.

And one boy said

“It’s our last game together”.

I said, “Yes, winning a banner is important. But that isn’t the most important thing tonight. He is right, today is the last game we will play together. The last time we will be together as a team – together as teammates, together as part of the Golden Bears.

I have been where you are. Some 45 years ago I sat in the same room with one of my teammates. He went onto become an NHL star – drafted second overall – and played 20 years. And when we ran into each other 35 years later at the Coliseum we greeted each other warmly. You know why? Because we were teammates. And we have always been teammates.

Many of you kids know me as a coach, but I also run a transportation management software company in my work life. And one day I was called into the office to be on a conference call with one of our customers and was introduced by my sales representative.

‘Murray Pratt? Murray Pratt is your President?’ the customer said rather quizzically.

We played together on team 4,000 miles from where we both now live, not seen one another for some 41 years, and in one moment that gaps of distance and time disappeared. You know why? Because we were teammates. We were teammates.

So tonight, what I want to tell you is this.

They charged out of the dressing room and onto the ice with passion and had a hard- fought game – the hardest one of our playoffs.

Immediately after the game, we didn’t celebrate on the ice, because our opponent, one of our sister teams in our association, still had another game to go in the round robin. I wanted to be considerate. But then again, we shouldn’t feel the need to show or display our celebration publicly, really.

So, the kids were a bit confused, wondering why there was no overtime, and a bit worried as to where the team stood in the final standings.

We got back in the dressing and I had them sit down quietly – helmets and gloves on the bench beside them.

I spoke quietly, but firmly:

The room erupted in cheers and celebration and shook the lobby and the restaurant over top. The kids hugged each other in a throng in the middle – threw water, shot cans of cokes, ate chips and fruit bars – and screamed and shouted over the ensuing 5 to 10 minutes.

I went around the room and asked each one what their proudest moment was this season – giving them the permission to brag – and they did – rightfully so.

The catharsis of a long and sometimes arduous season has hit me as a write this. Some of it is the natural melancholy that comes when I see another one of my ‘hockey graduating classes’ move on. Some of it is my disappointment in not being able to resolve some of the interpersonal issues on the team. But as the tears dribble down my cheeks this morning, I can say that I am mostly happy that the kids – these kids – turned it around – were resilient, kept showing up – and ran the table at the end to win the banner.

The most I wanted, I wanted so badly for them was something they could own the rest of their lives. Being part of something bigger than themselves – and feeling good because they accomplished it together. Yes…