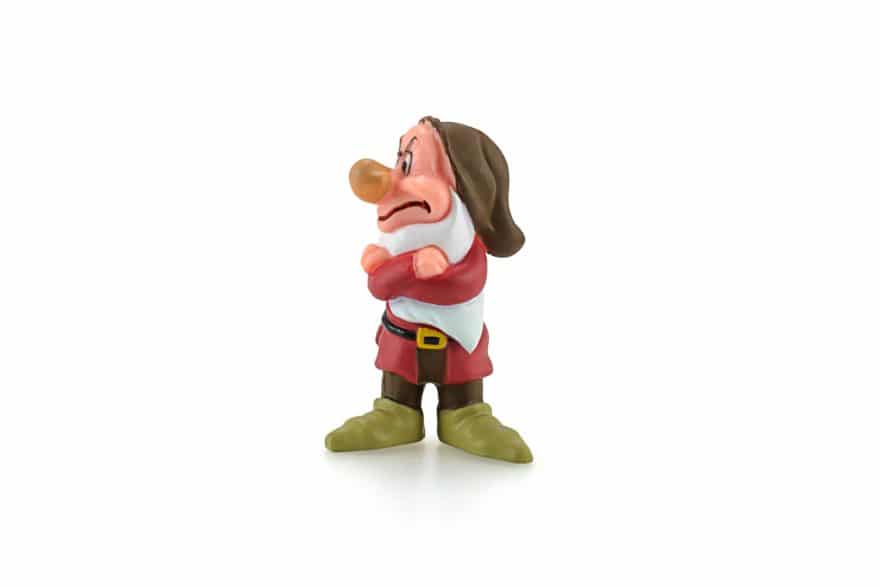 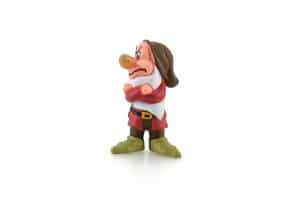 ‘STOP! STOP This to too silly. Stop, stop the camera.’

My suspicion is that they were taking a shot – albeit a creative ‘shot’ – at the BBC censors with whom they may have tangled with from time to time.

That episode was conjured up in my mind again when I heard a news story about a group of  T-Mobile employees who brought a lawsuit against the company and were successful in a judgment that said ‘they didn’t have to be happy at work’.

You wonder about an employee who wants to be part of that group. It’s a bit like…

But I think I understand their position. I once worked for a company that was so intent on culture development that it felt like you had some sort of ‘cultural fire hose’ shoved in your mouth. The program was called ACE – Achieving Continuous Excellence. It’s the type of program where eight HR directors go offsite for 3-days to some mountain retreat and come up with some ridiculous name. Excellence is a state – it’s a superlative. You can’t modify it in a really excellent way! Achieving it continuously is a syllogism. While culture management is important to a company’s success, it can at times go off course and be detrimental to the business.

For instance, at the same company each employee was empowered to give other employees an ACE to recognize  their contribution – something special that they did. These were written on a ACE Post-it notes, which were in turn gathered up by the ACE committee head for your department. On a monthly basis the ACE committee would meet  and assess and review the ACEs that would be recognized as valid. Employees earned points for these ‘valid ACEs’ that could be redeemed for TANGIBLE rewards – a dinner coupon, an electronic device… I am so glad that this preceded the iPhone…

Unfortunately the economic rewards warped the program, taking away any sense of heartfelt recognition and led to seeing the following emails in our company distribution list

“I’d like to give an ACE to Jeremy who helped me find a new store where I could find a great new stereo.”

“I’d like to give an ACE to Bill who gave an ACE to Jeremy  for helping him find a new stereo.”

I pulled the plug on my computer in case our system crashed as the pyramid of recognition was building.

But the darn culture got so off course and social-oriented that it led to this ‘howitzer’ which I received at 6pm one Thursday from one of my younger female staffers.

“People Are Naturally Lovers, But Not Lovers Naturally.”

I was a newly hired senior executive with 300 staff, and my immediate response was to head down to our call center to see if a scene from the Caligula movie had broken out. Apparently, she was inviting everyone in the company – only 800 of us – to her ‘Passion Party’ – a home- based business which is sort of like a TupperWare party – but is light on the ‘Tupper’ and pretty crazy on the ‘Ware’.

The next email came in seconds later from her boss – who I was mentoring.

At our next executive meeting – the second one I attended– I took aim at this ‘culture’ program.

“We implement the ACE as a way to drive long term business results. It has a profit sharing component too – which sees us giving ‘profit sharing’ checks to our staff every quarter – only to find out at the end of the year we are actually losing money – ironically equal to the very amount we distributed! Not only do we lose this money but when you give 150 people in my call center $200 at these events, we suffer 30% absenteeism the next day. We lose even more money. In fact, that last time it was done I heard that one of our managers found a telemarketer sprawled out on a snow bank.”

Then the CFO jumped in and loudly proclaimed in an ‘unhappy’ voice.

“He’s absolutely right. How about this story. Some jerk sent me an invoice. You know what it was for? It was an invoice for overtime… for the time he had to go to one of our ACE events to pick up his  _ _ _ _ing check!”

I am really quite surprised that the T-Mobile ‘Happy’  lawsuit got that far. You have to think that someone.. .even one executive would have seized upon the opportunity presented to them here and asked a very pertinent question about their culture.

The big question you have to ask doesn’t relate to the issue of a ‘corporate sponsored sunshine’ at all. But rather why those employees chose to stay and make a stand against it at all?  What ‘value’ were they asserting? I mean, if things were so bad they could go a join the Post Office, or even the IRS – they have perfected miserable work cultures – mostly inculcated by their political masters. But why take a stand at all?

In my case, I found that it was a deep sense of entitlement, a focus on managing ‘individual’ perception rather than focusing on the customer. At the same time we promoted ‘team play’, my call center staff had to hold a separate Christmas party from the rest of the business. They weren’t even given access passes to the company lunchroom and were faced with a sign on the door that said ‘Don’t Knock – Watching TV’.

One new guy asked me.

“Murray, if we can’t use a card to get into the lunch room, and we can’t knock on the door to get in… how do we use our lunch room?”

There were 300 eyes looking at me as I stood on the table in the room. A moment of truth.

“That is truly one of the most ridiculous situations I have ever heard in business. Thomas… can you go over and rip that sign down?”

Cheers erupted! I thought about running for office after that!

A business loses it way when it becomes more about ‘us’ than about the customer. ‘Happy-washing’ is akin to ‘green-washing’ where a company grabs some element of their business – and twists it into an environmental position, without really embracing the fundamental change in behavior that should go with it.

In our trucking software company we have all sorts of people – different cultures and different ages. The simple fact of life is that people are at different stages of their career. For some they may want a happy, light workplace. For others, they want to give their level best while here but don’t look for deeper meaning from working in a trucking and fright broker software business.

I remember a friend going to a company weekend and telling me afterwards that they had to answer the following question?

‘How does flooring change people’s lives?’

For me, being of the more motivational, inspirational ilk (way too many personality tests!), I want to elevate what we do to have more meaning – but not to the degree where I would apply that to linoleum.

But I am quite comfortable having a crew that approaches this whole ‘work thing’ in a different way, or from a different angle than me.

So I can accept Sneezy, Dopey, Bashful, Happy, Sleepy and yes… even Grumpy, coming into work each day.