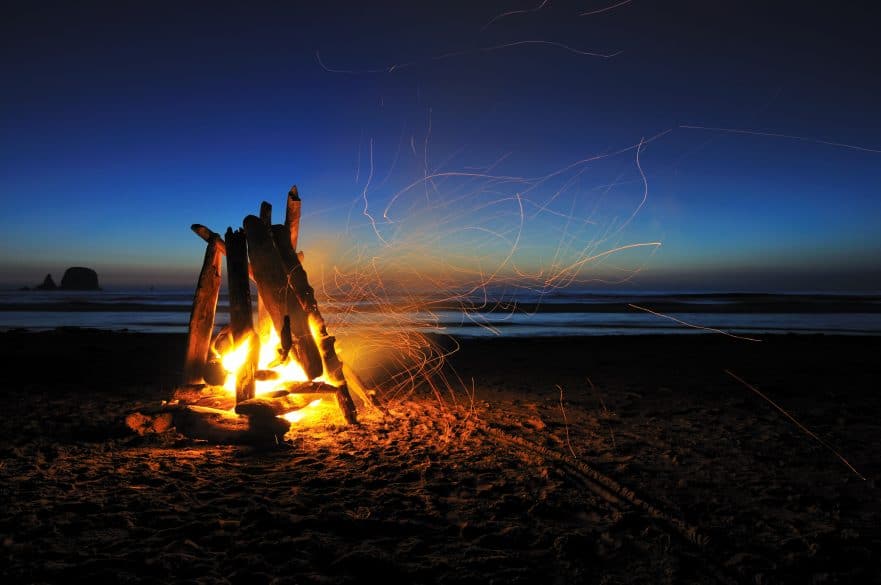 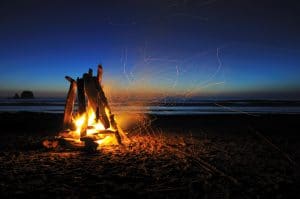 This is not a post I particularly take pleasure in writing, because I am typically someone who appreciates the ambition of the dreamer, the heart of the entrepreneur, and those that want to try something that stretches themselves and changes the rules of the game. But I felt compelled to blog on this failure for a few reasons, as you will see.

A few nights back, I watched ‘The Biggest Party That Never Happened’ on Netflix. It’s the story of the spectacular failure of the Fyre Festival: conceived to be the ultimate party, created by ‘promoter’, and now convicted fraudster, Billy McFarland. He was convicted not so much for the failure of this party, but for his promotion of his company and their results, along with a secondary, actual scam he ran on the partygoers – delivering a sucker punch to those already reeling from the failure of the Fyre festival.

Designed to be a once-in-a-lifetime’ event held on a remote, idyllic island, reputedly once owned by Pablo Escobar, this 2017  festival was to be a fusion  of beach, water, music (Blink 182!), jet skis, and, of course, supermodels – all mixing in with the beautiful people that could all afford to pay for a ticket to this music and partying event. It aimed to deliver what seemed to be an all-too- impossible experience – great accommodation, great music, great food, and all in the Caribbean.

What could go wrong?

Things went bad – to worse – to dumpster fyre pretty quickly, as attendees arrived by plane to find that their accommodations were actually tents, not rooms, and that all the bands had cancelled.

The very social media tools that created all the hype and expectation about the event, were the very same tools that spelled its doom as word got out that it was a total fiasco. A rich, drunk frat boy’s dream at 2am on a Friday night turned to a nightmare hangover by 7 the following morning.

A picture of the food – a plain slice of cheddar cheese on white bread in a foam container – went viral and generated more hits  than the picture-wall of supermodels that was leveraged to promote the event. The Lord giveth and taketh away, and the second one happens much more quickly. The organizers (and attendees) were torched online.

‘Every time a rich kid gets scammed… an angel gets his wings’, said one hilarious tweet.

There are few people to feel sorry for in this story – only some of the well-meaning local islanders. One, a restauranteur who fed 300 or so people in a chaotic emergency, has now set up a GoFundMe page to get back some of the money she laid out to feed those attendees who were essentially scammed by the Fyre festival folks, and their social media influencers.

I felt compelled to write about this because it teaches us a powerful lesson about what it is to be in business, to be a business today. It serves as an abject lesson to all of those who think you just have to throw up some sexy new website with some cool imagery, and then you’ve got it made.

I found it fascinating from a number of standpoints – not only the story itself, but also from my vantage point of running a software company and having a background in sales and marketing. It is a cautionary tale to those who practice the art and science of marketing – especially in today’s web-based, social-media-driven world, where the notion of getting noticed, getting ‘eyeballs’ seems to be an end in itself. Get noticed – and even if you don’t deliver, certainly you could ‘spin’ your way out of this – as Billy McPharland and especially his partner, Ja Rule, seemed to think.

And I think it’s also relevant to us in the logistics industry. It is the industry where our company, Tailwind Transportation Software, does business.  In the last two weeks we have been contacted by several customers who have seen their TMS providers go out of business. I feel bad for them: they are left in a lurch, and thought they had found a good solid partner.

I tell my team here at Tailwind that a company is constructed essentially of two equal parts.

‘The Promise Makers’ – the ones who make promises to customers on behalf of the business, and

‘The Promise Keepers’ – those that have to deliver on that promise.

The first group typically consists primarily of the marketing and PR folks, as well as the sales group. The second group consists of the people who create, design, and code the application, along with the folks who support the product or service the company provides.

These two groups should have an equal voice in the business. There should also be a certain level of dynamic tension in the relationship between the two groups and it is only through respectful dialogue and debate that good business decisions are made.

The complementary questions they are constantly asking of each other are: Did you make a relevant and appropriate promise to the customer? and Are you able to deliver a consistent, timely and quality solution to the customer?

Too Focused on the Hype

Something has happened these past 20 years to the general understanding of what it is to be a business.

Being the old guy that I am, I saw it first hand in the dot.com era. Remember the $1.2m ad spend by Pets.com at the 2000 Superbowl?  Yes, the company got some good investment – over $10m from Amazon – but after spending $12min advertising to generate $620,000 in sales, a company that started in 1998 collapsed in 2000. All that was left was an iconic sock puppet mascot and some warehouses full of pet food and cat litter.

Business is a dog eat cat world sometimes, I guess.

Back to today, and to the Fyre Festival.  The Fyre Festival is illustrative, not just because of its spectacular failure, but of how it got there. There were alarm bells going off, but when the resources and focus of the business is not on delivery, but on promotion, you are courting disaster.

The hype and spin of the creators – Billy McFarland, Ja Rule – and the social media influencers carried everyone to a place where they thought they were going to be involved in some new modern-day Woodstock. Only this one was for the rich, and in the Caribbean, without so much of a social cause other than hanging out with other buff-bodied partiers for a hedonistic weekend experience.

While Billy McFarland remained on location at the event until it collapsed, the seeds of his demise were clearly sown in the behavior he and JA Rule engaged in leading up to the event: cavalier planning disguised as partying.

I have always felt that when you have the accountants selling, and the salespeople doing the accounting, your business is in serious trouble. And in this particular case, the unbelievable power of the promoters and their inflated sense that they could recover or spin their way out of any operational barrier is jaw-dropping.

I particularly loved the post-event review meeting where one the employees foreshadowed Billy’s pending legal troubles by casually asking if ‘anyone else has had a visit from the FBI’. The silence that followed was thunderous!

Changes in the Transportation Industry

Today, our industry, the logistics industry, is going through a full- scale transformation. Late to the game, logistics is one of the last sectors in applying newer, more advanced technology to its industry. If ever there was a ‘wild west’ in this industry, it is surely now. Trucking and Freight Logistics are moving forward in a world where Mobile, meets Uber, meets Amazon, meets the Internet of Things, soon to be meeting Blockchain and AI.

It is a full-scale technology mash-up – but not on a beach. At least not yet.

There is lots of ‘new code’ being banged out in our industry. There are a lot of new applications. There are lots of new splashy websites being built. My staff are sending me links as they look at new entrants, new competitors offering new technologies, entering the ‘space’, if you will. While Its important to watch what’s happening in your industry, I remind them to stay focused on the biggest most important aspect any business

It’s that of EXECUTION. It’s easy to create the look and feel of a successful business on the web, but it is much harder to DELIVER ON YOUR PROMISES.

It’s one thing to say something about yourself, to make claims about your own product or service, But, it’s an entirely different thing when a customer says something about you. Having your customers attest to the benefits of your product and service is the biggest thing a web-centric business can do. It allows a potential customer to better determine the credibility and efficacy of one vendor over another.

Whether it’s services like Capterra, which provide customer-driven reviews, or surveying your own customers directly, listening to actual customers of the product can have a clarifying effect. It’s almost like saying – ‘don’t focus on what we say about ourselves – listen to what others say about us.’ We worked hard to get there.

Looking Under the Hood

The second thing is to let a customer experience your product, or service, on a trial basis – without obligation and hopefully, without too much complication.  If you are putting them through all the hoops to qualify them for a Demo, then you are focused on your own sale, and not your customer’s buying experience.

So I can imagine that it’s tough to pick a vendor these days. Difficult to determine what is real, what is not real, in your online research.

All I can say about that is this.

If they are flying you someplace – they got flashy supermodels on their sites – and they are delivering what seems to be an impossible value – you might want to look under the hood. Ask yourself if this looks like a mutual, reinforcing endeavor, one built on trust and earned respect, one that is likely to endure.

Or are you just involved in someone’s dream for a big party weekend?