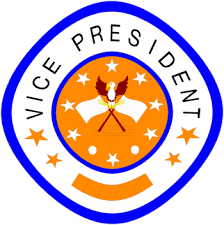 “Oh, Hi Erick. Thanks for coming to see me. Sit down and take a seat”

“I am kind of nervous…um…what did you want to see me about?”

“Erick, how long have you been a Junior Developer with us?”

“Well Erick. I think you will really like the news that I am going to share with you this morning. You may be you aware that last week Hilary Clinton announced that Tim Kaine would be her Vice Presidential candidate for the Democratic Party, and the week before that Donald Trump announced that Mike Pence would be the vice presidential candidate for the Republican party…”

“Well. Not sure if you know or not but it’s Vice President’s week this week”

“Yep – President’s week is in February… but Vice Presidents’ week is in August. They basically run it when no one is around and they need something to give to the news outlets for them to have stories. Feed the Twitter-sphere as they say.”

“Okay…what does that have to do with me?”

“A Vice President of Deposit Slips?”

“So here is what I called you into my office for. I want to make you my new Vice President”

“Vice President? Um… well… ah… I am honored. But you know I have to go back to school again in the fall to complete my degree. You know that right?”

“For sure. But it’s not that difficult. I think you could be some sort of ‘student/VP’. Being a VP is pretty awesome though. You get your own staff – and we give you a ‘wing’ in our office.  When you enter a room they play a really neat song for you. And like the current Vice President, Joe Biden, you are given a really major project – like finding a cure for cancer. For instance, I could assign you to figure out how many rumble strips there are in North America. You could walk the highways of the nation like Forest Gump and we would give you some sort of clicker… but you would decide where to walk though”

“Well, sounds interesting enough… not sure about the rumble strips project, but I will think about it. Aren’t some of the other managers going to be upset about this?  What about Kyle and Rav and the other guys on my team, Johnny and Prab? I like to think I am just one of the guys – doing my job, keeping a nice smile on my face. Won’t this set me apart from them?”

“Yes… all great people. Love them. Although I don’t know what the heck that Transformer thingy on the wall is doing behind Rav’s head. But without them being the trucking software development gurus that they are  – well – we just couldn’t get it done”

“It’s all the way you handle it. Like, I remember my first day as President. I got into my grey 2004 Odyssey Van and drove to work. Nothing speaks to authority, or conveys power, better than driving a grey van to work. I noticed that Randy looked up at me a little longer as I walked into the hallway to our offices. The folks at Cobbs bread stood up just a little bit straighter when I ordered my daily scone. You just get used to wearing the clothes of a ‘chief’.”

“Well, first Brad is going to set you up as a Thought Leader…….”

“Well it’s something really important in software – especially trucking software. You get a bunch of articles written by some guys offshore. Brad then edits them to make sure he removes any dangling participles… and then he puts a pretty picture on them. People read them and then they say ‘wow… that Erick is a really smart guy.”

“Then they say something like. ‘Hey, that Erick is really something. He should be a Vice President’. Then we go get a skookum set of military medals and pin them on your nice new green uniform. You come into work with a couple of security guards dressed in black suits, with earpieces… and then …shazaam… you are Vice President!”

“Okay. Seems a bit odd. Does anyone know about this? Shouldn’t you like run this past the ownership group or something”

“I think you should probably head back to your desk now Erick. We need to get some more coding done. Enjoyed our conversation. Thank you.”