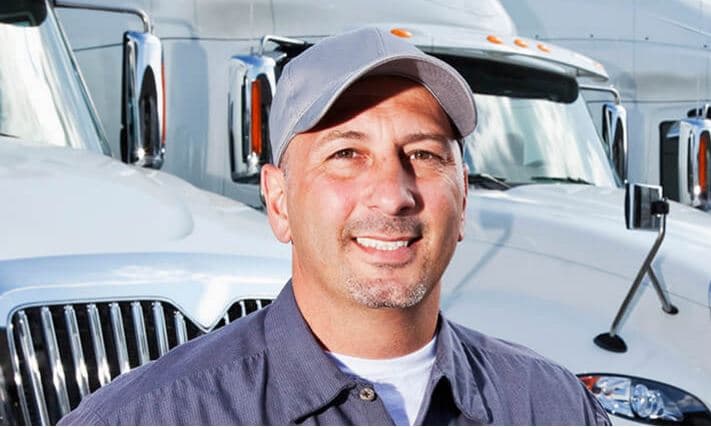 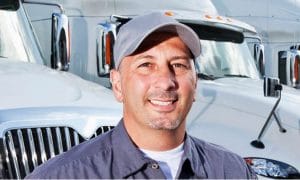 There were three full loads and just two trucks, one hour to go

And when Cooney called in sick, and Barrows did the same

A sickly silence fell upon the dispatchers on the floor

One straggled to the water cooler in despair. The other

They thought, if only one driver could make it back to the yard at that

But Flynn was in Montana, in Dakota was Jimmy Blake

And the former was a lulu, and the latter was a flake

So upon the stricken dispatch crew grim melancholy did hit hard,

But O’Hare drifted in without notice, ready for the one long haul

And Johnson, much despised, actually did show up after all

O’Hare was in the big Freightliner, and Johnson in the Mac

And then from 12 admin people there rose a lusty yell

It travelled to yard edges, rebounding like a puck

For Casey, Mighty Casey, had just pulled in with his truck

There was ease in Casey’s gait, as  he stepped down from his cab

There was pride in Casey’s bearing, as he smiled just a tad

And when, responding to the cheers, he had such winsome appeal

No stranger in the crowd could doubt, ‘twas Casey at the Wheel

They saw the calm in Casey’s eyes, while tight denim hugged his hips

From the office, full of people, up went a ruffled roar,

“Take it! Take the load!” shouted one near one old wreck

Casey raised his manifest to feet stomping on the deck

With a smile of Christian charity great Casey’s visage shone

He stilled the rising tumult; “The show it must go on!”

He signaled to the manager, who opened up the gate

And Casey was all ready, to go and get his freight

“Oh my”, cried the one dispatcher, with more echos of ‘oh my’

A worried look from Casey and the crowd became uptight

They saw his face grow stern and cold, a look of some disdain

But they knew Casey – ‘our Casey’ – would overcome this pain.

But a  sneer appeared on Casey’s lip, his teeth all clenched in hate

He pound the door in violence and cursed his cruel fate

And with the truck not moving, still wanting to make it go

He jumped back in his seat but a Safety still said ‘NO!”

Oh , somewhere in this favored land the sun is shining bright

But there is no joy at Mud Flap Trans… The Mighty Casey just timed out!