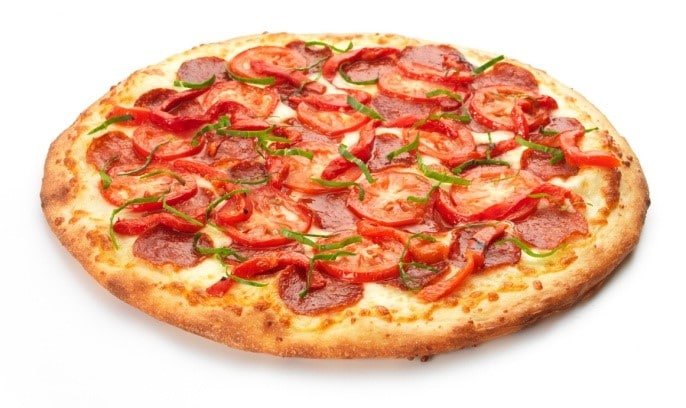 It was an audacious move no doubt.

He saw the passengers stranded in the lounge. Their flight had been cancelled.

It was late in the evening and they were frustrated. He could also see that they were now hungry and probably would be waiting most of the night for another flight out.

So he decided that he would take it upon himself to address the situation. At the very least he figured that he could at least help them with their hunger.

So he went and ordered pizzas for the passengers, and had them delivered to the lounge.

Seems like a nice gesture. But that move became much more than just a nice consideration; it became ‘legendary’ as one of the passengers would characterize it.

You see, he was a pilot. But the passengers he bought the pizzas for weren’t his. They were the passengers for his rival airline. He was walking through the lounge coming from his own flight that had just ended, and he saw the situation.

It just so happened that he was in the right place at the right time and seized the opportunity to do a good deed for others, and in doing so sent a message to his chief rival, and I believe, to all of us.

Not only did he became a hero in his company, and to stranded passengers – heck to any of us who have been stranded at the airport – but he delivered a valuable lesson to all of us who are involved the delivery of a service to our customers.

The flying customer wants simply to get from Point A to Point B, safely, on time, with their luggage. That’s all. These days they don’t expect to get fed unless it’s some real long flight overseas or across the continent. But if you do cancel the flight, and there isn’t another one that is available quickly, then passengers are apt to get hungry.

The poor gate attendant for the airline was probably over-matched. Let’s make certain that we understand and acknowledge that fact first. That gate attendant didn’t cancel the flight. They didn’t even make the policy about what to do when a flight is cancelled. That gate attendant did exactly what they were trained and instructed to do. Stay in place and handle disgruntled customers – AND give them a $10 voucher for food. But the problem was – it was late at the airport, and all the food outlets were closed!

So let’s make sure we don’t castigate, or denigrate, the contribution of the one person from the airline who stayed to handle the situation, ‘face the heat’ if you will, and did exactly what they were trained to do.  And remember also, service jobs in the airlines are not high paying jobs. It’s not like they have the salary or wage of a pilot who can buy food for everybody at a moment’s notice.

So the real miss here is the fact that no manager, no pilot, or senior person from the airline took the initiative with their own passengers and are now facing some of the bad press because they got shown up by a rival pilot that just happened to be in the place at the right time.

Could it be interpreted as a cheap publicity stunt? Perhaps, but that would be unfair to the rival pilot who could have easily strode past all these upset and hungry people and retreated to a comfortable hotel room to enjoy a meal. But he didn’t because it was in his DNA and in his company’s DNA to think customer first and truly embrace their circumstances – even to the degree that it may not have been the ‘guests’ on his particular flight. But I am betting that the passengers in that lounge – at least 50% or so – would have flown with that airline and been a guest previously.

Was it a bit ‘tart’? Yes, it certainly was. It was a chide to his competitor for not understanding and  fully appreciating the situation. Not understanding the secondary outcome that the customer wanted after his or her primary outcome could not be achieved.

And with this act this pilot provoked me to think, and I should say, provoke all of us who lead service organizations to ask this question.

I lead a transportation software company and we provide an online application for trucking and logistics companies. This really got me thinking.

Are we giving them Pizza?

I know we have to implement systems and processes to deliver the service that we do. We have to clearly define roles and responsibilities in our business and train people to execute on them. We do this because we know that in doing these things properly that our customers will get the outcomes that they want from our software – increased cash flow, higher profits, happier employees, and a less stressful business and personal life.  But I worry that in building these systems so rigorously that we incur the risk of delivering on our ‘promise’ so tightly, so rigidly that we fail to truly understand the customers’ circumstances. Do we refer to policies and procedures or talk about systems and processes versus truly working towards the outcomes that the customer wants?

I can imagine a customer who is just pleading with us…

I am not sure. But I can tell you I am going to find out.

This afternoon I meet with my staff for our monthly catch-up. And I am going to ask them these three questions.

I can’t wait to get hear their answers. To hear their thoughts and perspective on the issue.

And I can’t wait to go out and order the food that we serve for these.