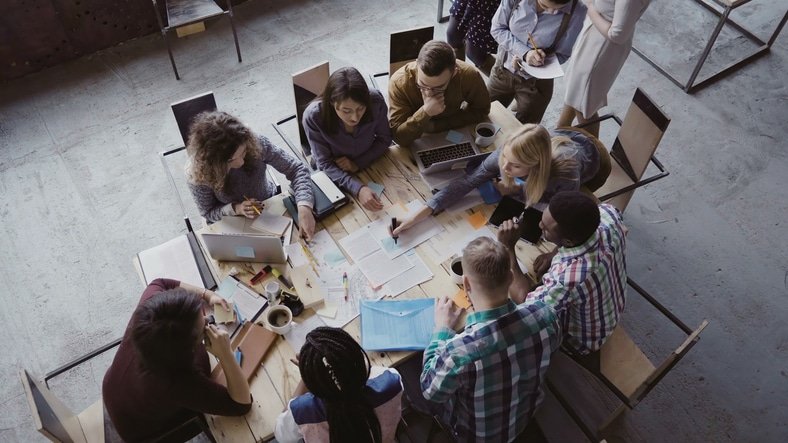 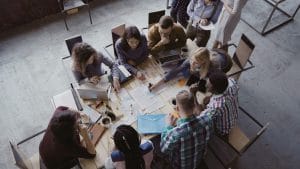 Brad the groovy-socks marketer was skeptical. But I was adamant.

“How come we don’t think a whit about some hack-a-thon where we get a bunch of coders together to hammer out some ‘killer’ app over the weekend while they sip on copious amounts of Red Bull and Powerade? But when some old guy who loves the power of words and wants to do a ‘Blog-a-thon’ everyone gets a bit weird?” I said in exasperation.

“I could even understand a tweet-a-thon,” he responded. “But who the heck wants to get together, on the weekend no less, to write something? Most people can’t stand writing an essay!” he added.

But I reminded Brad that we need to produce content for our website and all of our communications, so I put out the call to all my staff that I had organized our first ever Blog-a-thon on Saturday morning.

I sent out a meeting request. Some folks had questions, but most of them responded in the affirmative that they were going to attend the meeting.

I was so excited.

I love the written word and I have to produce so much of it for our transportation management software business, that it can get onerous at times. So, it was so exciting to know that they would be showing up with their tablets to help me.

Just think of it.

You are all sitting around the table typing and someone says.

“Does anyone know how to use the ‘gregarious’ in sentence?”

And I would respond affably and say:

“‘He was friendly and a bit gregarious’… it’s like a very active type of friendliness, but not overly so.”

“Winter Driving Conditions – you all have 15 minutes!”

And off we go, madly typing some crazy blog trying to tie it to winter driving conditions, which can vary greatly across the continent – from blowing snow conditions on the prairies, to ice storms in the Great Lake regions, to heaping volumes of snow in the high Sierras. You could go on and on in one long joyous journey across the continent, not really heading to a destination, but just enjoying the ride.

Finally, I could have my whole crew there together, working on key industry topics, writing breakthrough copy, ready to weaponize our thinking on the web for Monday morning.

I had rented the room.

I ordered in two boxes of Krispy Kreme donuts and a cardboard urn of Starbucks coffee and was ready and waiting at 8am.

I thought I would open my own tablet and start pounding out something about the SaaS business and how its transforming the TMS industry, just so that when someone arrived I was sending them a message that we were here to accomplish things.

Then Randy the janitor poured into the room.

“What are you doing here on a Saturday?” he asked.

“Well, I rented it for our Blog-a-thon”

“Our Blog-a-thon. Don’t tell me you haven’t heard of it before?”

I always feel that it’s good to get on the offensive if someone is skeptical about something you are doing.

“Well, I have to get this place cleaned up,” he said, “How long are you here for?”

“Till noon – all my staff will be here to help me write blogs – and then they will be off for the afternoon. It’s Saturday after all”

We sort of haggled back and forth about whether I had a contract for the room, but I convinced him it was like a Rave where you hold the location secret until the last minute so as to throw off the cops… and overly officious janitors.

But as the seconds turned into minutes, and minutes into hours… first 9am, then 10am, 11am… it became pretty clear that the event was a bust. I hung on as long as I could, not quite believing that my staff doesn’t really like to write as I do. Heck, I realized they might not even like to read!

I resigned myself that not every festival can be like a Woodstock – an overwhelming success that captures the voice and zeitgeist of a generation. It takes time –its like the slow roll of train. Like the proverbial ‘overnight’ success of an actor who has toiled in off-Broadway productions for 20 years before getting a break on ‘Whose Line Is It Anyway?’

I just guess some people have the write stuff. Others don’t. There is always next year though.