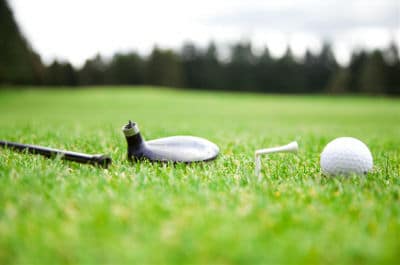 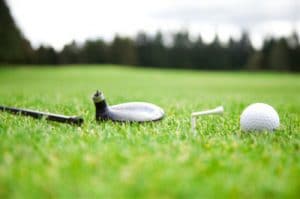 I was sitting downstairs late at night watching the sports highlights of the day in my comfy chair.

My 13 year old son came into the room bursting into tears.

“The face on my driver broke, dad”

It was his new golf driver that he was talking about. You see, he was quite upset because it was his first ‘major’ purchase. Ever since he was a young kid I would see that he would much rather part with one of his limbs rather than spend any of the money he got for his birthday or earned from returning bottles or from his paper route.

But a few months back, he wanted a driver shortly after he started golfing. I thought it would be a good time for him to learn how to spend and invest his own money. We went over to the golf store. He checked out the drivers and he tested it in the golf simulator. He spoke to the salesperson – and then he bought it for just under $100.

Seven weeks later it was broken. I felt bad for him but I thought it was also a good  opportunity for a lesson about life – about material objects, about money, about disappointment.

First I consoled him and said it was perfectly natural to feel bad. I found it comforting that this now larger teenager would still cry and hug his dad. I meant a lot to me too. But he was quite upset, and also a bit angry.

After 5 minutes of intermittent crying and silence we started.

We discussed some ideas on how we might approach the problem. He thought it might be able to be fixed, but it was too broken for sure. Then we discussed taking it back to the store. It didn’t really last a long time, but I let him know we just might not be able to get it replaced – a golf club takes a lot of abuse (even more so by his father after a poor shot!). Maybe it is still under warranty? Perhaps there was a recall we didn’t know about? We can’t be sure but it was worth a try.

I thought about this parenting moment as I drove to work this morning. I can imagine that this very situation occurs every day in business. It occurs in our industry. And it occurred in our trucking software business in the past. Despite the best of intentions sometimes we let customers down with our promises. Perhaps the salesperson hoped and wished too much for the sale. Perhaps the customer had some selective recall of the original promise – focusing on the pieces that made so much sense but not absorbing some of the limitations or drawbacks that were mentioned. What is said isn’t always understood – by either the selling or buying party.

Back  in the days of  selling of licensed software – the old client server model –  a customer was very much like my son. He/she were looking at a new product and trying to figure out if it would meet their needs.

When you bought trucking software, or freight brokerage software, you couldn’t really be sure that it was going to work in your environment. My son tried the driver hitting 10 shots into a simulator screen 15 feet away – trying to approximate exactly what it would be like using it out on the course so that he could hit it with the big guys. And when you are a teenager you want to be able to run with the ‘big dogs’ don’t you? I mean who wants to be left on the porch?

So as a customer you will spend thousands of dollars, hours of your and your colleagues’ time, trying to determine whether that new software system you are evaluating will actually work in your environment. It is like trying to figure out how that driver will perform on your golf course – where there is some heavy rough, some deep bunkers,and hundreds of trees. But every course is different so you can’t really be certain.

This conundrum is one of the reasons I really like selling trucking software in a ‘Software-as-a-Service’ format. At Tailwind we give all of our customers a  ‘Free Test Drive’ with the software BEFORE they have to pay their monthly fee. And it’s not just a test drive of the application customers receive, but a test drive of our entire company – our services and our people interactions. It allows customers to get a measure of our business –  helps them make choices about who they spend their time and money with over the longer term.

The process is mutually beneficial. It helps both parties. I can’t imagine that the salesperson, or the golf store, wanted a 13 year-old to have a bad golf experience in his first year of golf. Golf is a sport that isn’t growing so it needs to cultivate the engagement of young golfers, like my son. They wouldn’t want a situation where his first purchase resulted in a breakage only 7-weeks later.

In the same way no trucking and freight brokerage software company wants to disappoint a customer. They don’t want to suffer from the bad ‘word of mouth’… nor does the salesperson want to have their judgment or integrity questioned.

One of the biggest benefits of a software as a service business is the fact that the software is offered on a subscription basis. It is delivered on a ‘just in time’ basis when you need it. It allows a customer to better approximate and adjust usage according to their needs. The Free Trial – or ‘Test Drive’ –  gives the customer a chance to take the driver out on the golf course and see how it works… and be able to return it if it doesn’t fit.

In the same way, the our company gets to better understand and adapt to the needs of our customers. The tension associated with the ‘buying decision’ is reduced because it puts the power in the hands of the customer.

Whether your buying a new golf club or assessing a new SaaS based trucking software,  you are facing the same dynamic – managing the risk-reward of a decision. No one wants to spend their money only to see their club head flying down the fairway after a tee shot… and no one wants to see some trucker’s dream of owning and running his own business go down the drain due to some poor investment in software. In both cases you get a ‘BROKEN DRIVER’… and no one wants that.